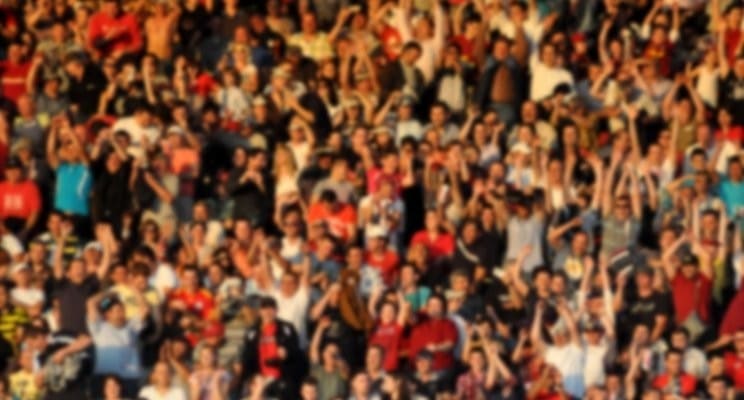 Leadership is a fascinating subject, and one that is written about a lot. A lot of the ideas about the qualities that make up a leader are fairly generic – inspiring, focused, and having the ability to make people follow them. So, one of my focuses and resolutions for 2016 was to find new sources of inspiration in this area outside of the usual Steve Jobs, Tony Robbins and Richard Branson quotes, and I did not have to look far to find a new hero: Jürgen Klopp, manager of Liverpool F.C (soccer) club is my new guiding star and inspiration in modern leadership. Part manager, part German, part glasses, part management guru, total hero.

It has been almost impossible to finish this blog as, day after day, he comes out with a new genius quote. Professor Klopp’s quotes in his 1st year of the English Premier Soccer League have been an education in leadership; I’ve got to admit I’ve got a burgeoning man-crush on him anyway, but when Klopp was introduced as Liverpool manager as successor to the sacked Brendan Rodgers in October, he revealed his key priorities to be to “turn doubters into believers” (1) which he delivered straight down the barrel of the lens to all Liverpool supporters on Liverpool TV – from his heart down a cathode ray tube, via an undersea cable straight to the success-hungry soul of Liverpool.

The inspiration continued – for example, after Liverpool lost 2-1 to Crystal Palace at Anfield in November, he was taken aback at supporters leaving early, saying it made him feel alone and adding: “We decide when it’s over” – the emphasis is on making people believers yet again, but also on the need for unity and the focusing of all parties involved on a single goal. As the writer Phil McNulty, Chief football writer at BBC Sport, recently observed (2) this was a phrase that could have been stamped on the foreheads of Liverpool’s players on Thursday – a symbol of the Klopp approach that will be at the heart of everything they do.

Klopp added, “It was brilliant, outstanding, emotional, everything. I will not forget it because it was special. I know this is a place for big football moments. We didn’t start these stories but it is now our responsibility to try and write some more nice stories” (3). This, again, demonstrated incredible vision as a leader – the idea that together, everyone pulling together could and should start to write more stories – a spectacular articulation of what he is trying to institute in the team and the club.

In his first Champions League match again his former club, Borussia Dortmund, Liverpool came from behind and needed three goals needed in 33 minutes, leaving Klopp to invoke the spirit of Istanbul and the Champions League Final won from 3-0 down at half-time against AC Milan in 2005, saying: “Even if it is not likely, it is possible, so we should try”. (4) Wow – straight out of Tony Robbins school of thinking that one, isn’t it?! A great lesson for developing leaders: even if there is only a chance, keep going – you just might win!

Jürgen Klopp also specialised in another key leadership trait, admitting when things are not so good. My favourite was his comments on the fact that Liverpool needed to work on their “rubbish” (5) defending following a crazy 4-5 away victory at Norwich. Again, he did not hide from reality – there was no sugar coating, and he showed a focus on continual improvement from all involved in the team, including himself and his staff.

“We’ve made different mistakes. If you win 5-4 it’s a funny story, but it’s not that funny. We have to solve it… that’s how life is: solve one problem and you have another one” (6). This is incredible, insightful, and so true – and this is after a thrilling football match, not a keynote TedTalks speech!

Where other managers would clam up, and not say a thing for fear of their own position being put into question, Klopp is more refreshingly honest. “We sit in chaos. Sometimes we know what we’re doing and sometimes we don’t”, the German told BT Sport in the immediate aftermath – “Four goals from set-plays, that must be a new record, I think you have to make a new list for British football… It’s rubbish what we are doing. We have to solve this.” (7)

He also demonstrated his incredible empathy and touch in his description of the celebration of the 5-4 moment when he joined in celebrations when Lallana’s last-gasp strike – nothing unique there, you say, but there was: Klopp ran down the touchline to embrace the midfielder, breaking his glasses in the process.

Asked about the joyous scenes that greeted Liverpool’s first Premier League win of 2016, a smiling Klopp said “I don’t know, I saw nothing”. Asked about the damaged spectacles, he responded: “I usually have a second pair of glasses but I can’t find them because it’s hard to find glasses without glasses!” (8). Another leadership trait – the ability to reflect. It is indeed hard to see where your glasses are without your glasses on!

The new season has begun with a bang (unfortunately, as did Rambo’s hamstring, again, sigh…), and so has the school of Klopp. Going absolutely crazy when Liverpool played Arsenal, Klopp himself later admitting he set the wrong tone with his team, perhaps imbuing them with a sense that the job was done, and breaking some of the rules I’ve outlined above. Jürgen Klopp celebrated Mane’s goal with his players, before Alex Oxlade-Chamberlain and Calum Chambers scored for Arsenal. Klopp said his side had “switched off” – and that he was to blame. “I have a big responsibility for the last half-an-hour”, he added. “It’s not allowed that a manager celebrates a goal like this. I knew immediately it was a mistake by me.” (9)

As a football fan who thinks there should be more passion in the game, I love the fact his instinct was to pile in and join the players. However, from a pure leadership perspective, recognising that the team dropped off subsequently, Klopp also demonstrates a key leadership trait – taking responsibility for the collective and being able to develop insights into your own actions.

Profiled by Gary Lineker for BBC Sport Klopp’s unique leadership approaches once again come to the fore “I think it’s not the smartest way I know – first of all – having memorable games in a row that is my first objective. Then when you leave the stadium you can’t wait for the next game. That is what football should be. And if you can do this very often, then you will be successful” (10)

Clarity of purpose is also important, then, a point emphasised on Klopp’s debut with Jamie Carragher & David Jones on Monday Night Football as they listened a little in awe – “You can make a plan, but these guys fulfil it” (11) – so, here we can see the importance of making your team want to work for you to deliver your vision. This thinking was further emphasised in a recent October edition of Four Four Two magazine article. In it Adam Lalana remarked about Klopp’s affectionate head locks and hugs “… It can mean a lot to a player. It can make you feel wanted and shows he appreciates the hard work you’ve just put in. He demands hard work, he demands 100%” (12)

This is a deliberate philosophy for Klopp – “We feel good, we feel strong and we love to work together… We need to be ready for each game, maximum concentrated, greedy, kind of angry, all of the stuff you need at the highest level of sport. We have to be angry against Hull because they want our points – that makes me angry so it’s easy for me.” (13). Here, we see the impact of communication that is open, honest, positive language, but also a direction. I love the ‘kind of angry’ comment, as this demonstrates the degree of passion and drive a leader must possess.

Imagine if each of us in our leadership positions just spoke like this even 50% of the time? Our teams and colleagues would be far more likely to buy into what we are asking them to do – if in doubt, think, what would Klopp say? Also, the passion, which is so important. How many of us can say we deliver that type of passion and clarity to our teams?

Klopp has also won Manager of the Month for September (14), so is gaining plaudits left, right and centre. Even ‘The Special One’ Jose Mourinho bestowed a unique form of adulation and respect by refusing to give Klopp a direct compliment, simply stating ‘They are a good team’ ahead of Monday’s clash between Liverpool and Manchester United (15). Although it was a bore draw in the end, Klopp retained his sense of perspective and the long game – “We get a point. It doesn’t feel like the best thing but it is what we got. It’s a first clean sheet so, yippee” (16) – in stark contrast to Mr Mourinho’s more, erm, acerbic attitude. But more on that in my next blog! In yesterday’s narrow 2-1 victory over West Brom (sorry, WBA fans, felt you should have got something out of the game really!), Klopp also knows the importance of keeping focused on what is achievable “It was not possible that we get more than three points tonight. It’s really difficult to be satisfied with results. But a 2-1 keeps us more awake than a 4-0. It reminds us football is not easy.” (17).

So, in summary, I feel the following are the outstanding trails of Klopp’s leadership style, and are useful as a checklist for all of us:

Like all good leaders, Klopp realises the job is never done. Always celebrate your wins, accept and review your losses so you learn from them and ensure the next goal for the collective is clear. However, if I was to pick a personal favourite from the above, it is the last one – keep smiling, even when things are really tough.

Often, leadership blogs and articles acknowledge that leaders also need to be rewarded and recognised for their efforts. Well, in October, Klopp was given an unprecedented 9-year contract extension (17). Based on his skill set, I don’t think he’ll need all of that time to “turn doubters into believers” somehow.

Thanks for reading – good luck to Professor Klopp, and Liverpool this season and hit me with your comments (noting that I am not actually a Liverpool fan, please!!).

Please note, this article or blog is entirely based on my personal views and opinion, and does not in any way represent the views of any other company I’ve ever done work for, now, in the past or in the future!

Thanks for reading – you can find me on Social Media @drgeraintevans_