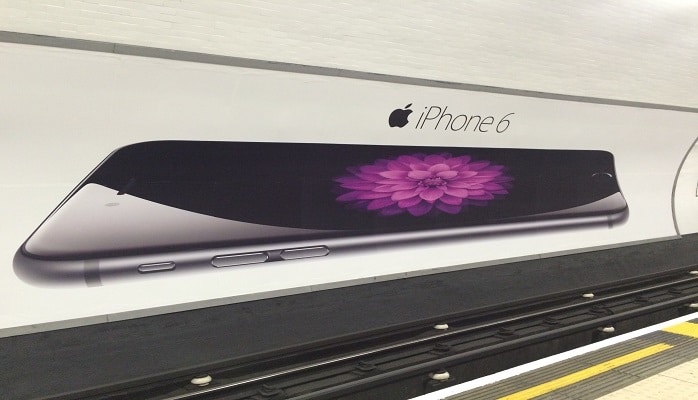 As I mentioned in a recent blog (https://www.linkedin.com/pulse/both-platforms-dr-geraint-evans), I know I’m probably not the right generation but, in truth, I’ve never got any better on the touch screen despite hours and hours of use. My personal phone contract is up for renewal soon, so what’s stopping me going for a Windows Phone, or going back to a touchscreen Blackberry phone right now?

So, the days are counting down and, as each day passes, I’m confronted with a massive choice – no, not just which size / colour iPhone to get (but, wow that was an agonising decision – thanks to the Apple Store helper who let me put a +Plus in my suit pocket and walk around the store!). In addition a friend and I grabbed a beer one night at a local hostelry and I cut out some paper versions of both handsets for us to consider proportionally – including resting them on the bar and holding them up to our ears for imaginary calls (that might have been after more than one beer).

I’m definitely getting old, as my tech-lust head vs. heart prevailed and only mentally shortlisted the regular iPhone 6, though this did provoke some sleepless nights worrying about future tech envy and judgment at meetings (“Hmm, I noticed G didn’t have a 6+, he’s really losing it… I don’t think we can trust his tech advice any longer!”).

I’ve been deliberately coaching myself into Android this year and have used a handset daily. It’s been impressive, I’ve really got into it and finally get what my team (okay, cooler younger team members normally) have been banging on about!

I also have extensively used a Microsoft Windows Phone this year for client testing, and admit to absolutely loving it as an interface, but the phones themselves are not attractive to me – I can’t put my finger on why exactly but they really appeal to my OCD nature and are very nicely designed. I love Orange even.

I have also used a company-issue Blackberry on occasion and, yes, I enjoyed the keyboard very, very much. I’m not the only old tech person who secretly wishes he could still use a tiny keyboard on their device of their choosing, but even though you can get one for the iPhone, it still won’t tip me over the edge.

So, what did I get? An iPhone 6. How very boring of me – and I even have it on the large zoom visual setting to help my failing eyes. I do love it, though.

One evening after making the decision, I was spending some time with a good mate and confirmed Android fan, and he quizzed me on why I was with Apple. Didn’t I love Android’s flexible nature, the great new OS, the device choice etc? Yes, yes, and yes, I answered.

”So why are you still with Apple?

Erm. As I look around my Apple laden desk – laptop, iPad, phones, etc, I am wondering why – it can’t just be inertia can it? I love Mac – I hate a lot about it, but I love it – I might as well admit it to myself and all of you reading this article.

Can I get away next time? Will the lust of the Samsung Galaxy S6 finally tip me over the edge or will Windows or Blackberry surprise me? Only 11 months to go to make that call!